When were life jackets first invented and used, and what's this 'May West' you talk about ?   Tks.  Jenny-E, Quebec

While old murals show that various natural items have been used to give added flotation for some 3000 years (such as wood flotsam, animal bladders and skins etc), it appears that lifejackets that can be worn were first developed in the UK around 1854, using small squares of natural cork encased in canvas.   This was developed by the Royal National Lifeboat Institute after iron and steel ships started to replace wood, as before that, there was generally enough wood pieces floating around to hang on to when a boat floundered and broke up.

But it only became a regulation for ships to carry them a couple of years after the Titanic sank in 1913; a safety requirement brought in following a 1914 International SOLAS Convention (for the Safety of Life at Sea).

Because the semi-rigid ‘cork and canvas’ was found to sometimes injure people when they jumped from any height into the water, lifejackets changed to use a soft plant fiber called KAPOK (from a very large, tropical tree), that could initially support 20-30 times its weight in water.   But Kapok did slowly absorb water and could lose up to 20% of its initial buoyancy over time, so in the western world at least, is now mostly replaced by synthetic closed-cell foam.    Kapok is still commercially grown in Indonesian though, and with many other uses. (the soft, super-fast-growing Kapok trunks were often used for dug-out canoes). 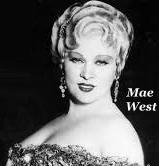 In 1928, the inflatable Mae West lifejacket was invented and was the subject of an American Patent.  It was so-named after a popular buxom actress who would have been about 35 at the time, and the successful jacket was used often during WWll, particularly by downed aircraft crews.    Most originally had a CO2 cartridge attached for semi-auto inflation, but they also had a manual hose.  As ‘military surplus’, these were very popular after the War when recreational sailors adopted them (with the heavy metal cartridge now removed), as their Egyptian cotton jackets were cozy and comfortable to wear with just a little air in the removable bladder, yet could easily be fully inflated manually when so needed.   I personally owned and wore one from 1954 to 1970 and often wish I still had it, but (made in 1940) the bladder finally perished. An interesting war-related side story is that there was an elite ‘Goldfish Club’ created just for those who crashed or parachuted into the sea and survived … most wearing a Mae West … and by the end of WWll there were astonishingly, over 9000 members registered !

Post 2000, most lifejackets, now more correctly called ‘Personal Flotation Devices (PFD’s), are of two general types.  The inexpensive jackets that use synthetic foam pads, or the expensive inflatable ‘horse-collar’ style worn by serious boaters and ocean racers etc, (shown here) that can be inflated manually or automatically,  not unlike the old Mae-West.

Lifejackets have saved countless 1000’s of lives, but to be effective at all, they must be worn. While a 100% use on water is hard to keep to, my own rules that may be conservative to some, are to always wear a PFD when any ONE of the following apply:

- Canoeing or Sailing in winds over 10 kts

- Being on deck at night without guard rails

- Traversing a lock or docking

Certain unique conditions may also justify one being worn or even NOT being worn (where there is a greater risk of being trapped underwater), but in many countries, LAWS now require one to ALWAYS be on board and accessible, for everyone on board.

Being ‘a great swimmer’ does not always factor-in, as statistically, the highest drowning rate is for males in the 18 to 30 age range when a ’macho’ attitude has got in the way of plain common-sense.

"New articles, comments and references will be added periodically as new questions are answered and other info comes in relative to this subject, so you're invited to revisit and participate." —webmaster.